Let’s not sugar coat this, learning a language isn’t easy. In fact, it is one of the hardest things you can undertake but it can also be one of the most rewarding things too.

Here are a few resources which I found useful when learning German for the first time: 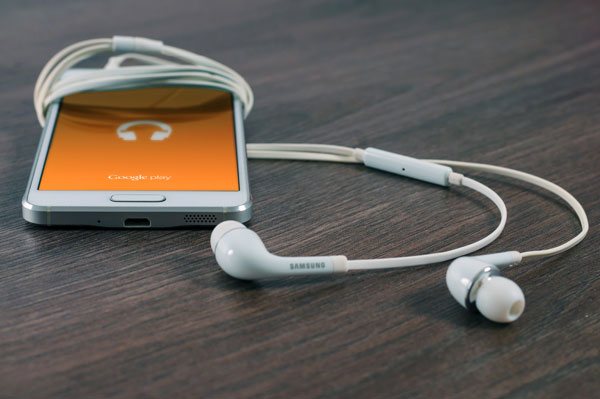 One of the most important factors when attempting to learn a language is the spoken word. Getting an ear for the German language is critical and nothing prepares you better for this than audio books! (barring actually moving to Germany of course).

There are hundreds of audio books purporting to help you learn German but which ones shine brighter than the rest? Here are a few language Audio books which I highly recommend and found incredibly useful:

The Michel Thomas Method
This was the main audio book I used when learning German, It doesn’t just spout phrases at you and expect you to repeat and memorise it instantly. It teaches as if you’re part of class and talks you through the grammar and the structure of sentences.

Rapid German
Takes a completely different approach to learning German by incorporating music and beats to the German words and phrases. Very unusual way of learning but the music helps with retention.

Pimsleur German
Although Pimsleur is expensive when compared to the previous two audio book courses, the complete course sets you back $350, you do get a lot of bang for your buck. Comes with a complete audio book course which consists of 120 thirty minute lessons on CD and software containing flash cards and interactive courses.

German (Collins Easy Learning Audio Course)
Everyone who has some experience with languages either as a hobby or through school has come across the Collin’s language courses. Pretty much what it says on the tin,  concise language course which covers all the basics.

Linguaphone
Another popular staple of the language learning world, Linguaphone has been around for ages and offers many courses ranging from beginner to advanced/expert. Also includes a 64 page full colour course book with language exercises and tests.

Learning languages isn’t just about sitting down and listening to intensive audio books bombarding you with verbs, nouns and grammar.  Listening to German books on CD can also be a good way of acclimatising yourself with the German language: 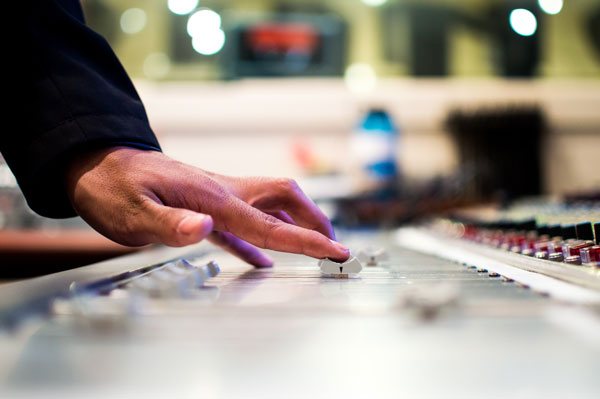 When learning a language small changes can make a big difference, for example if you listen to the radio while you work or at home, changing to a German radio station could help with your understanding and vocabulary.

Listen Live
This site contains links to hundreds of different German radio stations, ranging from rock, news, oldies and hip hop. Includes links to the radio station home page and links to the stream files which you can open in you chosen media player.

Tune in
Categorised by cities, Tunein offers hundreds of radio stations localised to each region. The best feature of this site is that you can play the radio stations within the site, you don’t have to navigate away.

It’s not just German radio which can help with learning, listening to German music can also aid in the learning process, here are some good resources on finding German Pop music.

Last.fm
Contains a couple of pages of the most popular German artists, includes streaming and music videos. 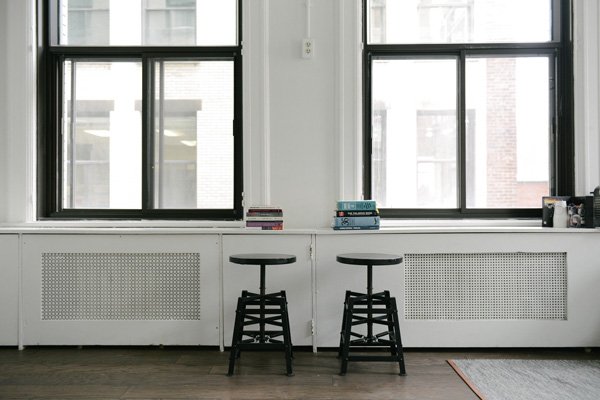 Conjunctions, possessive pronouns, modal verbs, the list is endless and for me the best way of learning all this was to just sit down with a good text book and learn it. These are some books that helped me through the toil of grammar drills.

The Big Yellow Book of German Verbs
Though not technically a book about German grammar per se, It does provide a concise list of some of the most commonly used verbs in the German language.

Living German: A Grammar-based Course
All you need to know about German grammar, a must for those who want to really want to get stuck into the Grammar.

Langenscheidt German Grammar in a Nutshell
Like Collins and Pimsleur, Langenscheidt is a language publisher that everyone has come across at one time or another, this book on grammar is particularly useful.

Teach Yourself Complete German
The teach yourself course of books not only teaches you the fundamentals but also provides exercises and drills.

German For Dummies
Pretty self explanatory, a good beginners guide to the ins and outs of the language.

The essential item for anyone learning a language. For the first couple of months, dictionaries should always be in arms reach for those quick reference checks for words you just don’t know, here are some I recommend.

Another good idea when learning a language is to read some German literature. Starting off with children’s books and working your way up as your language skills improve.

5 German Novels For Beginners and Intermediate German Learners – Learn Out Live!
A good blog post recommending 5 German novels for beginner and intermediate learners of the language.

Harry Potter novels
Everyone knows the Harry Potter series and chances are you’ve read the English set of books already. So why not try to read them in German, great for beginners – intermediate readers as they were primarily written for children.

Easy Readers Books for language learners
These set of books are short stories specifically written for people learning German as a second language.

Felix & Theo
A collection of books for beginners, not to difficult or word intensive and are relatively cheap.

If you feel novels are too word intensive and a bit daunting, you could start off with German comics. The words come at you in small doses and if you find yourself struggling to understand the language, the accompanying pictures should be a real help.

Webcomic Verzeichnis
A great site which allows you to read a myriad of German language comic online though the site.

Handelsblatt
The Handelsblatt is a leading German language business newspaper

Junge Freiheit
The Junge Freiheit is a German right-wing weekly newspaper for politics and culture, that describes itself as liberal-conservative

Junge Welt
junge Welt is a German daily newspaper published in Berlin. The jW describes itself as a left and Marxist newspaper

Der Stern
Stern is a weekly news magazine published in Germany by Gruner + Jahr, a subsidiary of Bertelsmann

Cicero
Cicero is a monthly German magazine focusing on politics and culture. The magazine which has a liberal-conservative political stance is based in Berlin

Although listening to German music and radio can be helpful, it’s very passive. Watching a film however isn’t here are a few of my favourites. 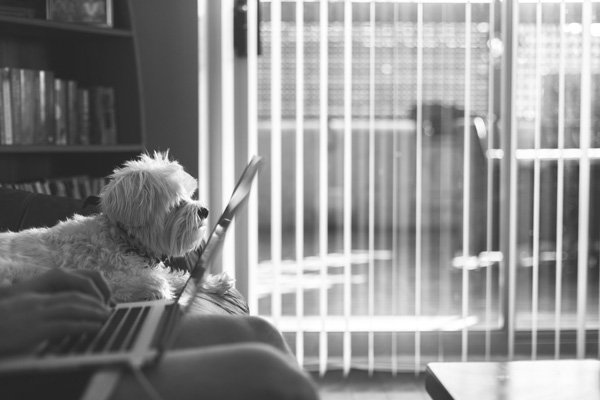 Luckily for us in the 21st century, with the advent of the world wide web, language learning has become so much easier. Here are some killer online resources for those to tech savvy for books.

Dict.tu-chemnitz
One of the most popular English – German dictionaries on the web, one of my favourites at least

Duo Lingo
Learning with Duolingo is fun and addictive. Earn points for correct answers, race against the clock, and level up. Our bite-sized lessons are effective

Reddit | German Subreddit
User generated content full of useful resources and a place where you can ask questions, no matter how silly

About German
Everyone knows About.com, this is their German course and resource collection

Memrise
Learn vocabulary, languages, history, science, trivia and just about anything else

One of the best ways of learning German rapidly is to actually converse with a German person but finding someone to converse with can be tricky, that’s where these websites come in handy!

German Pen Pals – My Language Exchange
This is a good site to find native German speakers to converse with either through skype or email.

No matter how smart or adept you are at learning languages, you will eventually have a question for which you can’t find an answer, that’s where forums come in.

WordReference Forums
One of the main language forums on the web, includes dozens of languages including German

Although there are clearly a lot of resource available to the budding German language learner, sometimes you just can’t beat a good old fashioned college course/language course, here are a few resources to help locate some in your area.

Cactus Language Courses
Offering evening classes throughout the UK in most major cities, handy if you want to fit round your working life

I hope you found these resources helpful, if you would like to suggest any resources that I may have overlooked or If you find a broken link , please contact me.

DID Deutsch-Institut – German Language Courses in Germany
Offers German courses in Frankfurt, Berlin and Hamburg. Including German for adults, German for juniors.

Learning holidays & holiday courses in Germany | GoLearnTo.com
Germany is there for the savouring and the perfect location in which to learn German to accelerate your language learning experience. Be inspired – see what you can learn on your next holiday in Germany…

Apple Languages
Their German courses are offered in many locations throughout Germany, Austria and Switzerland. Their wide range of high-quality courses offer total immersion in the German language, ensuring that you make as much progress as possible during the time you have available

Humboldt – Institut – Learn German in Germany
The Humboldt-Institut is a non-profit association for German as a foreign language. Since its foundation over 40.000 students from more than 160 countries have come to Germany to study in one of our 18 course centres

Learn German at  ActiLingua language school
Actlingua modern language school is situated in beautiful Vienna and with more than 20 years of experience one of the leading schools for German as a foreign language.

Sprachinstitut – Intensive German courses in Germany
TREFFPUNKT is a renowned language institute that caters for both business and private individuals. It is located in the center of Bamberg, a German university town designated a cultural landmark by UNESCO.

Sometimes getting tips and advice for those who have already learned German can be invaluable, here are some great language learning blogs.

Angelika’s German Tuition & Translation
Angelika’s blog posts on topics of interest to those learning German, sometimes humorous but often practical for anybody who needs the German language.

Your FREE Quote with delivery time is waiting for you! Contact us now.

We are based in Germany for the best results, but you can reach us easily from the UK:

We Take Your Translation Seriously!

German and English Only

Ask me for a quote!

I promise to respond quickly...